Celebrating twenty years since the launch of AustLit: Australian Literature Gateway in September 2001.

In 1998, eight Australian universities and the National Library of Australia began planning an Australian Literature Subject Gateway, to replace the long-running AUSTLIT database and to house a range of bibliographical and data-gathering projects.

AustLit went live in 2001 and was formally launched in 2002. Incorporating significant pre-existing datasets (including Australian Multicultural Writers and South Australian Women Writers), the database has expanded to support research into an increasing range of ways to tell stories, from novels and drama to radio plays and film.

And the database is still expanding. 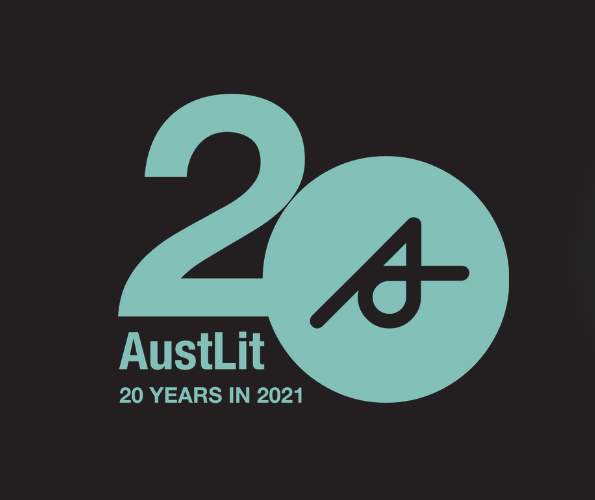 From September 2021, we'll be launching new research projects (including a digital history of AustLit), looking back at some of our foundational datasets, and celebrating AustLit's twenty years of tracking and archiving Australian stories.

And we're interested in your stories of using AustLit! Do you have an anecdote? A testimonial? A serendipitous find? Send us the details through the Google Form below and we'll include them in our history of AustLit.