I Am a Camera

“ Sometimes her father would admonish her for laughing on Sundays, worrying that the neighbours might hear her.

Julia Blake is what some actors call an academic actor in that she thinks deeply about acting, character, scripts and staging, and never seems to tire of talking about it, bringing a fierce intelligence to her art. In fact her husband, Terry Norris, also an actor, says that for Blake acting is a 'calling' rather than a job.(1) Julia's interest in drama began early in her life. She says: ‘I was always as a child fascinated by character and character faces and the way people walked … at first I wanted to be an artist and I was always sketching people. I mean always, compulsively’, she told me. Blake was born in Bristol in 1937. As a young girl she learned ballet and took elocution lessons. Her parents encouraged her to enjoy the arts as a child in spite of their strict views on refraining from the more hedonistic arts. Blake’s family were conservative Primitive Congregationalists, and attended church three times every Sunday. Sometimes her father, Fred Blake, would admonish her for laughing on Sundays, worrying that the neighbours might hear her. Fred Blake worked as a commercial artist and Edna was a homemaker who had enjoyed a good education but frowned on women working. Julia was an excellent student and completed an honours degree in drama and French at Bristol University, the only university in the UK that offered drama at that time. Blake’s first significant role was playing Sally Bowles in I am a Camera in her final year of university. Blake recalls that this experience ‘changed things for me, in that I thought I can do this..… And I knew that I was obsessive and passionate about it’.

In spite of her passion for drama at university, she said it never really occurred to her that she might become a professional actress ‘because I didn’t think that I was good enough’, she told me. As she progressed with her university studies she did not acknowledge her interest in pursuing an acting career to her parents, barely admitting it to herself. Peter O’Toole came to see the play I am a Camera, and following the final performance he appeared back stage with a bunch of violets for Julia: ‘He looked at me with these burning, blue eyes … and he had reddish, gold hair. And I thought, an actor – that is an actor. My God, that’s an actor: he fills the room’, she recalls. O’Toole suggested that Blake apply to a drama school. She followed his advice and, as a graduate, won a scholarship to the Bristol Old Vic Theatre School where she completed her training as an actor. Blake lived at home until she was 23 and met Norris, several years later, when she was rehearsing for a summer season of a play in York, where Norris had been working for a few years. She admired him as she watched him performing from backstage, as she sat on the stairs at the Opera House in Scarborough, mending her own costume. They ended up in the same company, and were married in 1962 in a ceremony that took place between the matinee and the evening performance. In 1963 the couple moved to Melbourne where Norris had grown up. Blake found the move from the UK liberating, recalling many years later that she 'really wanted to get away... I'd never been free ... I loved it'.(2) The couple settled in Australia and Blake settled in to domestic life and motherhood even though they lived in a house without hot water and an outside toilet. They lost their first baby, a daughter, to cot death, a loss from which Blake says you don't recover. Blake and Norris went on to have three children.

Starting Out on Stage and Screen in Australia

Blake has frequently appeared on the stage, on television and in feature film roles from the time she arrived in Australia until the present. For her, the immense pleasure of acting is intense and completely absorbing. She has always associated that pleasure, that excitement that she experienced bodily, like a dancer, ‘through to my fingertips’, with extreme dedication, focus, hard work and utter absorption in the project of playing a role. This intensity was always instinctive for her and her way of ensuring that she immersed herself and did her best.

Early on in her career in Australia Blake was offered a guest role in the television series Consider Your Verdict (1963). She also appeared in the Australian anti-war play Private Yuk Objects by Alan Hopgood, directed by John Sumner at the Russell Street Theatre in Melbourne in 1966. Blake joined the cast of the popular television drama Bellbird in 1972 and stayed in the series for four years. She appeared in guest roles in the television series Matlock Police (1973-5), Homicide (1975) and Division 4 (1969-1975). Blake says she worked when she could, fitting in her roles around her children, and around Norris' acting work. In 1970 she appeared in The Rope Dancers, a play by Morton Wishengrad, alongside John Gaden, Norman Kaye and Nevil Thurgood, for which she won an Erik Award. When her children were older, she appeared in various productions in Melbourne at the Alexander Theatre, including The Cherry Orchard (1977), The Crucible (1977) and Uncle Vanya (1979). Blake also appeared in a television series called Twenty Good Years (1979), about a Jewish family in Australia. She played the mother, Eva Goldman. 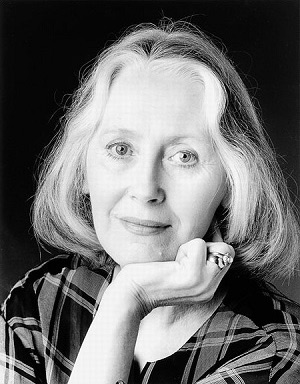 The Perfectionist: Living Life as an Actor

For Blake acting on stage is particularly rewarding because of the constant ‘stretching’ and reworking of one’s role and the play night after night, which she finds energising. She relishes the notes process and talking about her role and the play with the other cast members. Like many actors she is a perfectionist and finds the requirement for immersion difficult to reconcile with other parts of her life. At times she has found the pressure of constantly rehearsing and performing without adequate breaks in between productions to be extremely stressful, and she has never enjoyed touring or the life of an actor, because of the extended periods away from her family. For example Blake spent eight weeks filming Eden’s Lost (broadcast in 1991) that involved mid-winter shoots in silk gowns in the Blue Mountains. Without a break she began rehearsing for The Browning Version (1988) toured the play for four months, appeared in the television movie, The Magistrate (1989) followed by shooting of the film Father (1990), in which Blake played a Lithuanian refugee in a demanding role for which she did a great deal of research. Immediately afterwards Blake began rehearsals for a production of Ronald Harwood’s Another Time (1991), playing the indomitable Belle. In the evenings she was playing in Noel Coward’s Present Laughter (1990). This run of productions eventually took its toll on Blake who ended up having to take an extended break from acting as a result of illness, exhaustion and stress.

Blake’s contribution to Australian theatre, television and film is remarkable for its range and because of the outstanding qualities she brings to her roles. She is an actor of immense warmth, vitality and intellectual agility. The demands of the profession have led to interruptions in her career to allow her to focus on her children and her family life, and later in her career to focus on her health. The breaks she has taken have never dimmed her passion and strength as an actor or her capacity for cogent analysis of the world of the theatre. Blake is a long-standing advocate for Australian content on film and television, and served on the Board of Film Victoria in the 1990s. As an actor she brought considerable strength to her role on the Board. She is critical of the lack of strong roles for women, and a tendency for films to present poor scripts and shallow characters. Blake continues to appear in feature films. Her performance in a lead role in the poignant and moving film, A Month of Sundays (2016) demonstrates once more her intelligent approach to script and character, and her exceptional command of her craft at the age of 79.

The author acknowledges Julia Blake for her generosity in interview and in correspondence.

Return to Table of Contents

Read the next essay

yes
parallaxBanner
Public
Back to Course