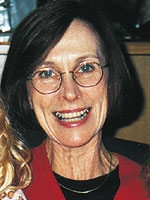 Delys Bird's tertiary education was undertaken as a mature age student at the University of Western Australia after living in Sydney for a decade in the 1960s. She began teaching English in 1980 and joined the Faculty of Arts, University of Western Australia in 1985 where she was a member of the English Department and Director of the Centre for Women's Studies until her retirement in 2003.

Bird is an academic teacher, critic and editor. She has been an editor of the literary magazine Westerly since the early 1990s, having previously served as poetry editor. Her research interests have consistently been in the area of Australian literature, especially the writing of women. She works in feminist theory and cultural studies and her most recent research project has been in collaboration with Robert Dixon and Chris Lee into a history of Australian literary criticism from 1950.

Delys Bird was a member of the AustLit Advisory Board and provided direction for the Western Australian specialist sub-set of AustLit.

2011 ASAL Awards — A.A. Phillips Award For her 'long period of excellence in the editing of Westerly'.