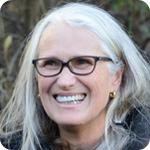 The material on this page is available to AustLit subscribers. If you are a subscriber or are from a subscribing organisation, please log in to gain full access. To explore options for subscribing to this unique teaching, research, and publishing resource for Australian culture and storytelling, please contact us or find out more.
X